Believe Them the First Time: How to Keep Toxic People Away From Your Bacon

“That was during my time in prison, after some gal accused me of raping her or whatever.”

That’s what a 70-year-old man with a mullet and aviator sunglasses casually said to me once on homecoming weekend back during my freshman year in college. He said this while sitting across from me in the student lounge, his knee bumping into mine, his face leaning in close so I could smell his tobacco breath and see the dirt in his teeth.

And my “friends” at the time were sitting directly on the other side of me. On their phones. Ignoring my glances for help and my kicks at their feet to get their attention.

Thankfully, I was able to safely navigate myself out of the situation. As my friends and I walked back to our dorms (and I tried to shudder off the ickiness of Mullet Man), I asked them why they hadn’t responded to my pleas for help. They said, “Well, we just, you know, didn’t know what to do. But you looked like you had it handled, so it’s all good.”

I told them that it was so not cool, and that next time, they should look out for me the way I had always looked out for them in similar situations prior. They told me next time, they would.

Fast forward to the following semester when I began dating my first boyfriend (whom turned out to be a sex addict) and was experiencing a lot of new emotional territory. I was not as available at the drop of a hat as I had previously been, and my friends were less than thrilled. They confronted me, telling me I was being selfish because I wasn’t as attentive to their needs. I apologized and explained that I was trying to figure some things out and could really use their support. I couldn’t tell them exactly what I was going through, out of respect for my boyfriend’s privacy, and they did not accept that.

I’ll never forget what one of them actually said to me when I told her it was private. “What, is he like, dying with cancer or something?”

Long story short, these “friends” abandoned me when I didn’t break up with my boyfriend for them. And I ended up in a four-year relationship where I was isolated in his family’s basement, friendless and crying myself to sleep every night.

Now, I admit that I’ve made some poor decisions in my life, and my friends weren’t the ones to blame for my unhealthy dating situation in college. However, they took with them a massive chunk of my bacon. At a time when I needed patience, love, and support, they decided to hurt my self-esteem instead, because my circumstances didn’t benefit them. For years, they had me punishing myself with guilt, blaming myself for the way they treated me.

These were friends who I thought were my BFFs, my rides-or-die, my partners-in-crime-without-a-dime…

Turns out they were just toxic people. And I should have believed them the first time, when they failed to come through for me with Mullet Man.

When a person is toxic for us, they usually give some indication of it early on in the relationship. It’s easy to overlook because we tell ourselves that we forgive them, and we believe them when they say they will never do it again. That could be true, but only if the toxic person decides to change on their own. Sadly, it’s rare that a toxic person will drastically change their behavior for you.

That’s not to say you should assume the worst in people based on your first impressions of them. You don’t want to judge a book by its cover. However, if a person does something that hurts, disregards, or takes advantage of you, BELIEVE THEM. Unless they meaningfully choose to change on their own, that’s who they will continue to be towards you.

If you’re like me, you have a hard time recognizing toxic people in your life because you’re in denial. You don’t want to believe someone you care about is toxic. But the reality is that, when you’re in any kind of toxic relationship, be it romantic, family, or friendship, you become trapped in a frustrating loop of self-loathing and discouragement. You begin questioning your self-worth. “Am I that unlovable? What is it about ME that warrants this treatment?”

It’s like sitting in a jacuzzi full of human waste and trying to find a spot where there’s a bit of clean water. But all you’re doing is soaking up more ick, and no matter how many times you try pushing away the waste, it’s only replaced with more ick.

It’s time to get out of the jacuzzi, Karen.

How Do You Know If Someone Is Toxic?

Toxicity comes in many forms. Sometimes it comes in the form of obvious unkindness or repeat offenses, whereas other times, it’s more subtle, like manipulation.

I have come to learn that, just because a person is “toxic” for you, it doesn’t necessarily mean they’re a bad person; it just means something about their behavior gets in the way of you taking care of yourself. By enabling any toxic behavior they have, you are actually doing them a disservice, as well as yourself.

Here are some common signs that someone is toxic for you.

You Have to Ask Them to Care About You

You should NEVER have to make someone care about you, whether it be a friend, family member, or romantic interest. You are innately worthy of love. If a person fails to care about you, yet continues to expect you to stick around for their needs, that person is toxic.

You Feel Crummy About Your Bacon When They’re Around

I feel crummy about my bacon whenever I’m around a toxic person. But I always default to scolding myself for not getting my act together. “Why do I become a different person around them? What’s the matter with me? Why can’t I stop feeling icky?”

But I’ve come to learn that the crummy feeling is actually my body warning me that the person is toxic. It’s like when the excrement in the jacuzzi starts to stink (which happens immediately), but you blame your nose for smelling incorrectly.

It’s not your nose, Karen…

You can usually tell if a person is genuine in their apology. You feel a little pang in your gut, but quickly ignore it because you tell yourself you’re just being paranoid or unforgiving. Or you instinctively accuse them of not REALLY meaning it, and give them a chance to try again.

It’s usually not worth the effort. Accept their flabby apology, forgive them, but don’t feel obliged to attach yourself to them or make them change. Create some healthy distance, because otherwise, they will continue making you question your bacon. 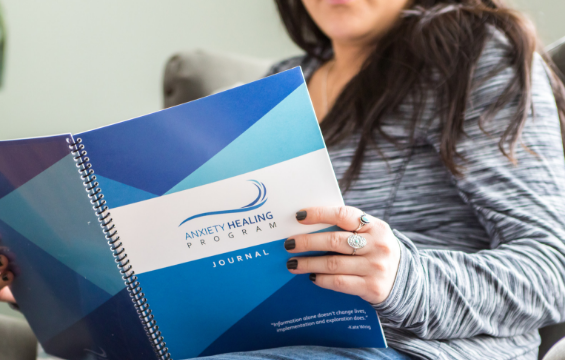 You Feel Attached to Them

Toxic people have a way of making us feel attached to them. Either we feel like we need them for any sense of self-worth, or we’re determined to MAKE them treat us better. This attitude always ends in disappointment and keeps you stuck in a place where personal growth is impossible.

It’s like, “Dear human excrement, PLEASE smell nice and be clean for me!”

This is one of the most telling signs of a toxic relationship. If you frequently feel like a person is manipulating you, don’t punish yourself by sticking around. Pull yourself out of that dirty pool ASAP.

It’s All About Healthy Distance

Removing toxic people from your life doesn’t necessarily mean you have to write them off entirely. For example, you may have a sibling or relative who is toxic. You are under no obligation to spend a lot of time with that person or invest yourself emotionally. But you may not want to sever all ties from someone who is family. The key is to maintain a healthy distance.

It’s important to note that people are not perfect. When someone does us wrong, it doesn’t automatically put them in the “toxic” category. The more you flex your muscles in identifying toxic people in your life, the easier it will be to weed them out. Consciously noticing how you feel around people will help.

Another note about toxic people: you can forgive them and still create that healthy distance. Whether they ask for your forgiveness or not is irrelevant; forgiveness is just as much for you as it is for them. By forgiving them, you make it easier to let them go, which is healthier for everyone involved.

The less toxicity you have in your life, the happier your bacon will be. No more soaking in human waste!

(Ew, an image just popped into my head of Mullet Man soaking in a feces-filled jacuzzi… *shudders* *pukes a little*)

How do you identify toxic relationships? Do you have any advice on dealing with toxic people? Let me know in the comments section!